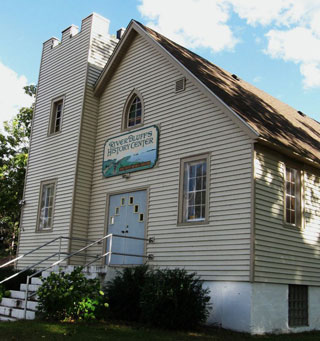 Formerly St. John’s Lutheran Church, the River Bluffs History Center stands on a terrace above the east bank of the Mississippi River’s Lake Pepin. Built in 1933, the 28 X 60 foot building was donated to PCHA in 1995 along with its hand-carved Altar, communion rail and pulpit, its organ and five pews, and the furnishings of the lower level fellowship room. PCHA volunteers and professional workers re-roofed, resided and redecorated the building. In 2001, the building was made handicapped accessible. It currently houses our office, archives and research area. It also serves as an interpretive center for special history exhibits and an event facility for PCHA fundraisers and meetings. 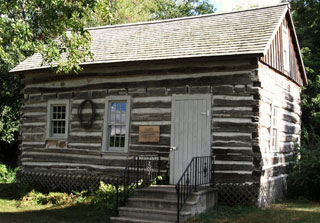 Irish immigrant Patrick Conlin built this 17 x 25-foot log home near the Village of Esdaile in Hartland Township in the 1850s. The cabin was inhabited until 1901 when it was sold at a sheriff’s auction. It was moved log by log to the Vincent Wood farm in 1920 for use as a granary. Mr. Wood donated it to PCHA in 1998 and Millicent O’Connor, a Conlin descendent, funded its move to our Bay City site. Volunteers and professional restorers replaced some logs and the entire roof, rechinked the entire exterior, and added ceiling joists, loft and main level flooring, and period-styled doors and windows. Furnished with vintage furniture and domestic items, this pioneer museum is open to the public for PCHA events, by appointment for school classes or small groups, and one weekend each June, July and August. 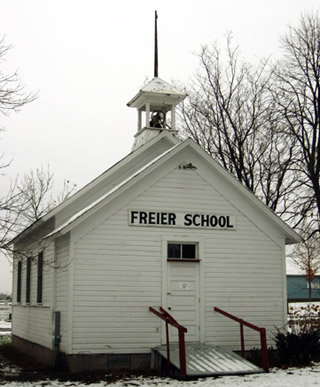 An earlier version of the Freier School also known as the Youngman, or Junkman School was built in Section 10 of Ellsworth Township. However, this 20 x 32-foot schoolhouse was built in 1885 for less than $800, using locally sawn basswood and maple. The interior walls are of decorative metal. It originally stood in the northeast corner of Section 9 of Ellsworth Township. Classes were held for six months each winter and two months each summer until 1907, when the winter term was lengthened to eight months. Low attendance closed the school between 1941 and 1944, and when pupils were transported to Iverson School from 1948 to 1951. Freier was open for classes again in 1952 and closed for good in 1957. Two years later, the building was moved to the Pierce County Fairgrounds in the Village of Ellsworth, where it stands today as a memorial to the county’s rural schools. PCHA volunteers have maintained the building since 1972, opening it for Pierce County Fair visitors each August. The popular attraction contains the original blackboards and working steeple bell, as well as period desks, books, and other vintage school items.

The rock outline you see on the distant bluff is an archeological curiosity. Jacob 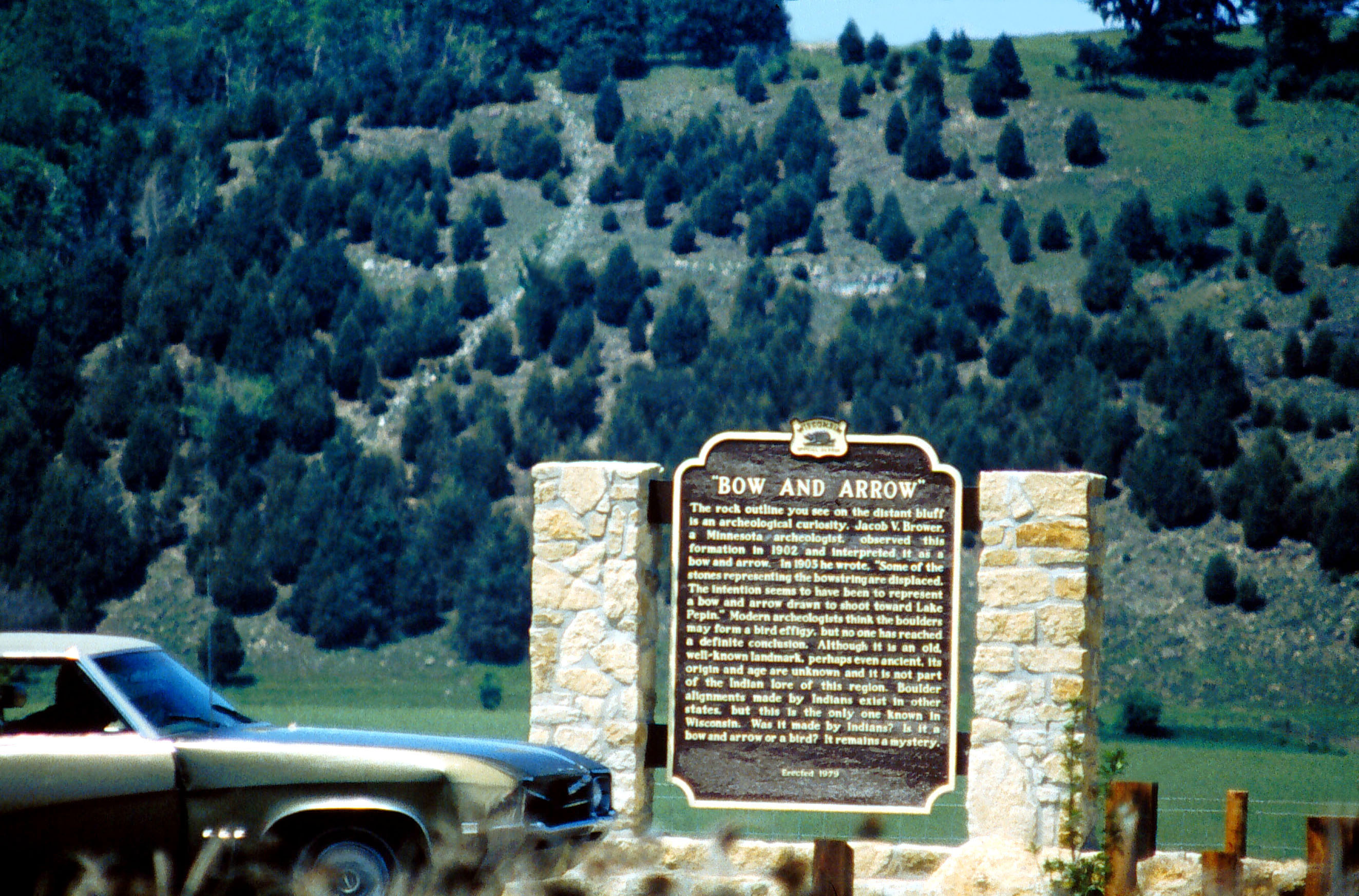 V. Brower, a Minnesota archeologist, observed this formation in 1902 and interpreted it as a bow and arrow. In 1903 he wrote, “Some of the stones representing the bowstring are displaced. The intention seems to have been to represent a bow and arrow drawn to shoot toward Lake Pepin”. Modern archeologists think the boulders may form a bird effigy, but no one has reached a definite conclusion. Although it is and old, well-known landmark, perhaps even ancient, it’s origin and age are unknown and it is not part of the Indian lore of this region. Boulder alignments made by Indians exist in other states, but this is the only one known in Wisconsin. Was it made by Indians? Is it a bow and arrow or a bird? It remains a mystery. Volunteers from PCHA’s Mississippi River Bluffs chapter have maintained the “Bow and Arrow” since 1979 by manually clearing the site of brush and whitewashing the rocks for better visibility. An interpretive plaque on the north side of Highway 35 erected by the Wisconsin Department of Transportation describes for visitors this landmark of the area’s early peoples.